Autumn has been a season of seal watching so far and last weekend was no different. It was also another new location for us, taking a boat from the port of Harwich in Essex with Sealwatching.co.uk. The boat left from the quay at Harwich Dock and motored out through the port, past the huge shipping … END_OF_DOCUMENT_TOKEN_TO_BE_REPLACED

Those very few of you who may follow this blog will have seen that we go to Burnham-on-Crouch quite often to see the seals and back in mid-September my wife and i went again, this time with baby Benjamin! This time, it was just a day trip, but we did go again with Discovery Charters and … END_OF_DOCUMENT_TOKEN_TO_BE_REPLACED

So, our first proper holiday with baby Benjamin. A week in Cape Town and Hermanus with the main aim of seeing some southern right whales (after our failure to do so in Western Australia) and also African Penguins.  It’s the beginning of spring in August in the Western Cape, not peak season for most tourists, … END_OF_DOCUMENT_TOKEN_TO_BE_REPLACED

So, a flying visit…literally. An Easyjet flight up to Inverness on a Friday night, 2 nights in Nairn and a flight back to Gatwick on Sunday evening, all with a 4 month-old baby? Sounds crazy, but we had heard about the Scottish Dolphin Centre a while back, where you can potentially see bottle-nosed dophins from … END_OF_DOCUMENT_TOKEN_TO_BE_REPLACED

Hermanus is the whale-watching capital of South Africa, with Southern Right and Humpback whales being regular visitors, they even have their own “Whale-Crier” who alerts the town to when whales are present.

What wildlife can I see?

The Southern Rights can be seen from June to November (sometimes December), with the Humpbacks around from June to September.  We went in August, so was slap bang in the middle of the best season. 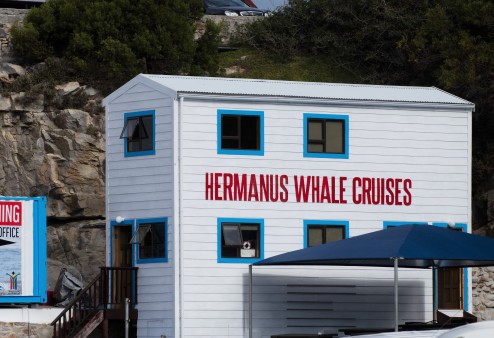 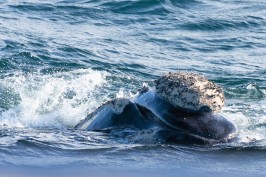 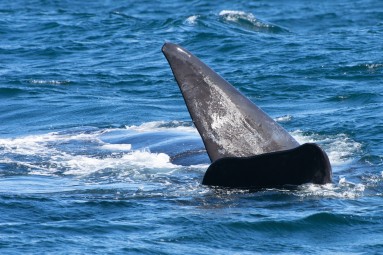 You don’t need to take to the water to see the whales either, the Fernkloof cliff path which runs for 12 km along the coast and through Hermanus, has great viewing points for land-based sightings, with Gearing’s Point being one of the best and most easilly accessible as its pretty much in the middle of town. We spotted humpbacks breaching in the bay just below Gearing’s Point at pretty much the moment we arrived in Hermanus. As well as whales, you may spot lots of other wildlife along the cliff path we saw cape sugarbirds, fiscal shrikes a cape mongoose, along with lots of the dassies (or rock hyrax) that are common around the Cape.

If you need some assistance in finding the best land-based whale spotting locations, along with finding out more about the area and local culture, we recommend doing a tour with local whale watcher, expert and photographer, David de Beer.

If you want to do a boat trip, and we recommend that you do, then Hermanus Whale Cruises and Southern Right Charters offer whale cruises from Hermanus New Harbour, which is a few minutes drive out from the centre of town. 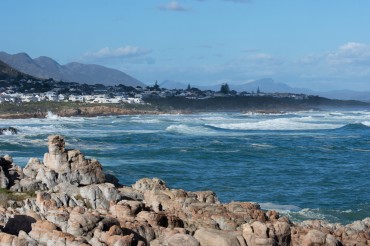 The views are spectacular along the cliff path 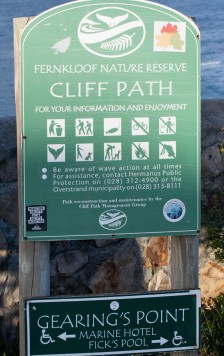 Nearby Gansbaai is where you go if you want to have an encounter with a great white and even do a cage dive. We had a cage diving trip planned with Dyer Island Cruises (https://www.whalewatchsa.com), but it was cancelled due to choppy water. Instead we did a “Marine Big 5” cruise on which we saw sunfish, fur seals, albatross and a glimpse of a bronze whaler shark.

There is a colony of African Penguins, a 15 minute drive away at the Stoney Point nature reserve in Betty’s Bay, however you may want to visit this on your way to Hermanus if you’re driving from Cape Town.

How to get there

Hermanus is a 1 hour 45 minute drive from Cape Town (or just over 2 hours if you take the scenic coastal road that goes past Betty’s Bay). We hired a car in Cape Town for a few days, and stopped at Betty’s Bay to see the penguins.  BA were the only airline we could find that offered direct flights from London to Cape Town. 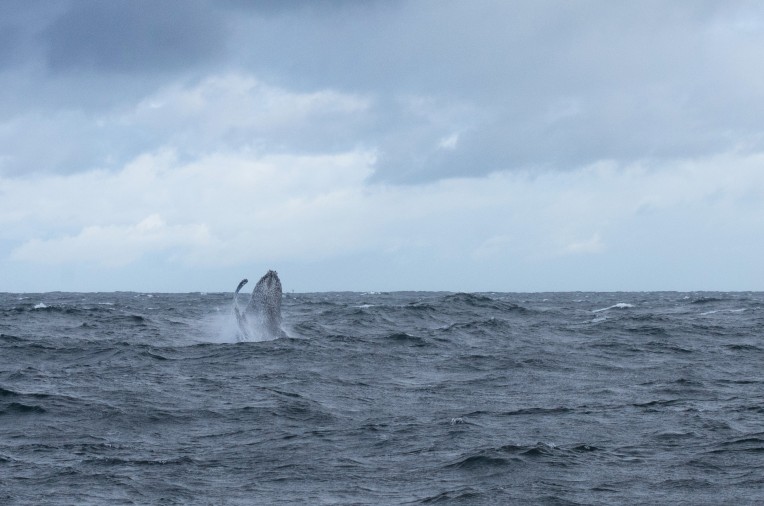 Humback whale breaching of the coast of Gansbaai

We booked an apartment at 74 on Marine just across the road from Gearing’s Point with the hope that we may be able to see whales from our room and although you can see them from the apartment, its better to be over the road at Gearing’s Point. The apartment itself is very luxurious and has a secure underground car-park.

The best place to eat (or have a drink) must be Bientang’s Cave Restaurant, at the the foot of the cliffs in Hermanus, with the waves crashing against the rocks next to you  as you dine.  Other places you should try are Embers Pizza for their wood-fired pizza, Tapas (they also have live entertainment at the weekend) and, if you want a sweet treat, the Belgian Waffles place, all of which are in the centre of town, so easy to get to on foot. If you’re at the harbour either before or after your whale-watching cruise and fancy something to eat, then the The Harbour Rockis great for fish and chips or other seafood treats. It’s also worth making a trip out there just for the food.