Autumn has been a season of seal watching so far and last weekend was no different. It was also another new location for us, taking a boat from the port of Harwich in Essex with Sealwatching.co.uk. The boat left from the quay at Harwich Dock and motored out through the port, past the huge shipping … END_OF_DOCUMENT_TOKEN_TO_BE_REPLACED

Those very few of you who may follow this blog will have seen that we go to Burnham-on-Crouch quite often to see the seals and back in mid-September my wife and i went again, this time with baby Benjamin! This time, it was just a day trip, but we did go again with Discovery Charters and … END_OF_DOCUMENT_TOKEN_TO_BE_REPLACED

So, our first proper holiday with baby Benjamin. A week in Cape Town and Hermanus with the main aim of seeing some southern right whales (after our failure to do so in Western Australia) and also African Penguins.  It’s the beginning of spring in August in the Western Cape, not peak season for most tourists, … END_OF_DOCUMENT_TOKEN_TO_BE_REPLACED

So, a flying visit…literally. An Easyjet flight up to Inverness on a Friday night, 2 nights in Nairn and a flight back to Gatwick on Sunday evening, all with a 4 month-old baby? Sounds crazy, but we had heard about the Scottish Dolphin Centre a while back, where you can potentially see bottle-nosed dophins from … END_OF_DOCUMENT_TOKEN_TO_BE_REPLACED

Autumn has been a season of seal watching so far and last weekend was no different. It was also another new location for us, taking a boat from the port of Harwich in Essex with Sealwatching.co.uk.

A few godwits on the way to see the seals, Harwich 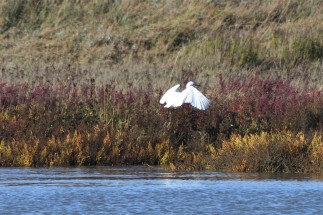 The boat left from the quay at Harwich Dock and motored out through the port, past the huge shipping container port and along the much more pleasant beach at Dovercourt for about 45 minutes until reaching Hamford Water Nature Reserve. It was there that we found the seals. First just one or two in the water, then a couple more basking on the banks, until we spotted another group of about 50 hauled up ahead. As we approached, they spooked and started launching themselves into the water, making quite a splash as they went. 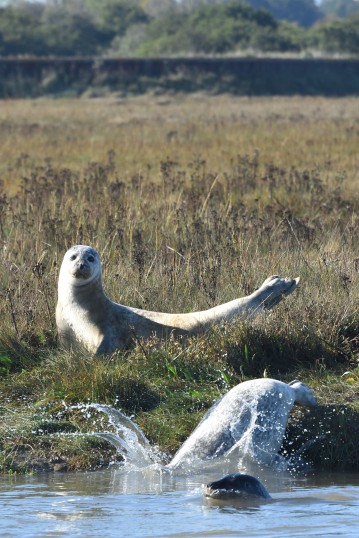 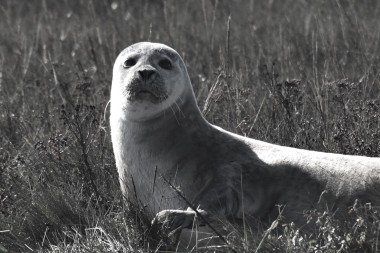 It was interesting to see a few of them skipping along, jumping in and out of the water like dolphins playing. The boat hung around for a while as we watched the seals (and i’m sure a hen harrier way off in the distance), before we headed back, this time with the tide, to be back at the dock within 30 minutes.

It was a very pleasant way to spend two hours and the crew took good care of us, providing binoculars if needed and a running commentary of the sites along the way and a history of the local landmarks.

Before heading home, we stopped off at Essex Wildlife Trust’s Hanningford Resevoir for a quick trundle along their Wind In the Willows inspired nature walk, coffee, cake and dropping in and our of a couple of their hides for a quick peak.