It’s that time of year again – seal pups in Norfolk

It’s December, so that means it was time for our annual pilgrimage to North Norfolk to see the grey seals and their pups at Blakeney Point, Horsey Gap and, now Winterton. Like everyone else, we’ve not traveled as much as usual this year (i wonder why? ;-)), but we couldn’t miss this trip. Braving the … END_OF_DOCUMENT_TOKEN_TO_BE_REPLACED

Those very few of you who may follow this blog will have seen that we go to Burnham-on-Crouch quite often to see the seals and back in mid-September my wife and i went again, this time with baby Benjamin! This time, it was just a day trip, but we did go again with Discovery Charters and … END_OF_DOCUMENT_TOKEN_TO_BE_REPLACED

So, our first proper holiday with baby Benjamin. A week in Cape Town and Hermanus with the main aim of seeing some southern right whales (after our failure to do so in Western Australia) and also African Penguins.  It’s the beginning of spring in August in the Western Cape, not peak season for most tourists, … END_OF_DOCUMENT_TOKEN_TO_BE_REPLACED

So, a flying visit…literally. An Easyjet flight up to Inverness on a Friday night, 2 nights in Nairn and a flight back to Gatwick on Sunday evening, all with a 4 month-old baby? Sounds crazy, but we had heard about the Scottish Dolphin Centre a while back, where you can potentially see bottle-nosed dophins from … END_OF_DOCUMENT_TOKEN_TO_BE_REPLACED

So, yesterday we had a free Sunday and made the drive down to one of our favourite haunts in Blandford in the hope of seeing some otters and maybe kingfishers too. We arrived late in morning, bought some supplies and set up some camp chairs by the river in a spot where we had some success previously.

Before long a loud splash was heard to our right. No otter, but a dog jumping in, chasing a tossed ball and cooling itself in the river. This was repeated throughout the day,  with various pooches. We began to think that this was not to be our day, there is no way an otter is going to come out when the river is full of dogs! Or maybe it was just too hot?

Late in the afternoon, we strolled to a few other points along the river, but no sightings. Finally, we tried one last spot, more secluded and with more shade. Moments after we sat down by the bank, some dark, willowy shapes appeared on the opposite bank, slivering down into the water and beneath an overhanging outcrop of rocks. 1, 2, 3? Are they otters? Aren’t they a bit small? Are they pups?

I fired off a few quick shots before they disappeared and zoomed in on the screen. No, not otters. Are they weasels or a stoats? Hmm, don’t think so. With the aid of a google search, it turns out they were mink. A non-native species, now found over a lot of England.

We headed off for home, happy that the day wasn’t a complete blank and then also spotted a little egret, before it was scared off by another dog jumping in the water. 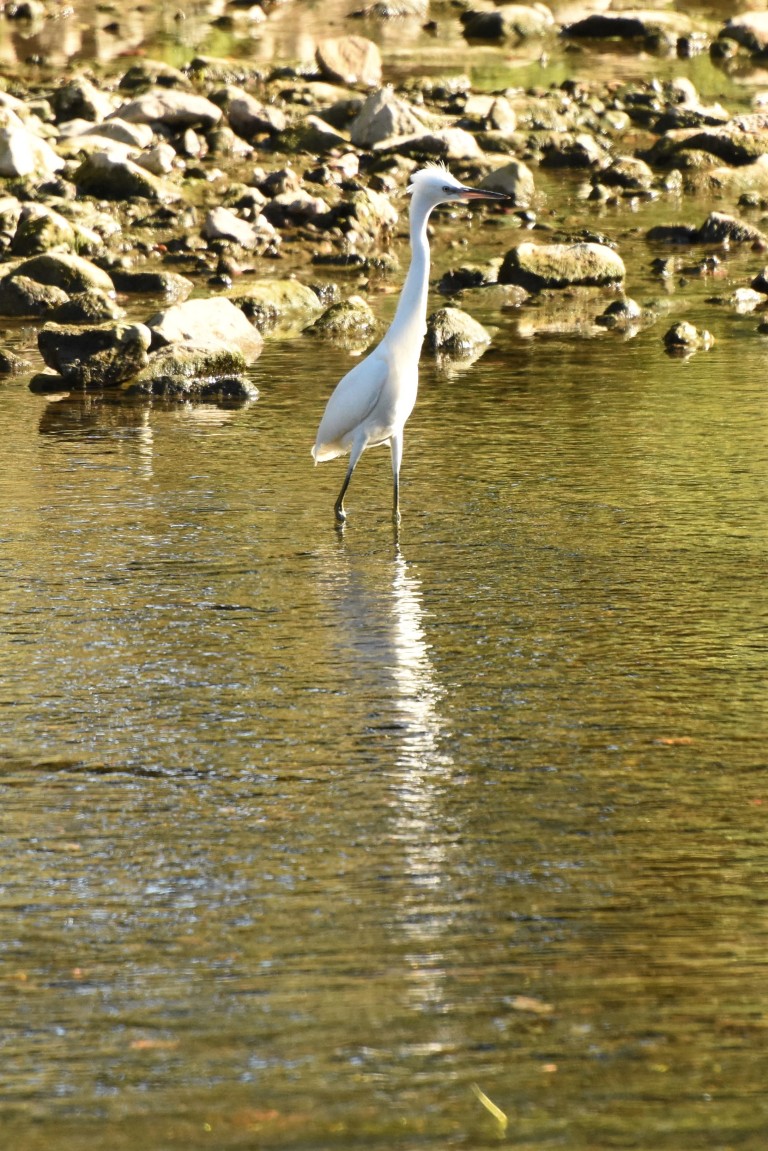 Peaking puffin on Skomer. Great day on Skomer on Sunday and we get to do it all again tomorrow.
Found this guy exhausted inside the house. Left it outside with a little sugar water (only as a last resort) and hopefully he'll be on his way soon.
Was in Eastbourne yesterday and was lucky enough to see this, we watched for about half an hour whilst eating chips! . Didn't have my camera with me, so filmed on the phone.
Totally worth being exposed to the wind and the rain to experience being amongst these beautiful grey seals at Waxham Beach.
Common tern on the shingle ridge at Cemlyn Nature Reserve, Anglesey.
Just a quick snap of these 3 cygnets at Reigate's Priory Park. They're still grey, but we're frantically preening out their downy feathers as we were walking by.
Grey seal pup from our trip to North Norfolk last week, pre-lockdown.
Lockdown, but not out.